The Baths of Saturnia, with sulphurous waters and a 37°C temperature all year long, are among the best in Italy (hydrotherapy, beauty parlour, stress management, diet and physical training). Well-being of guests is their main goal. 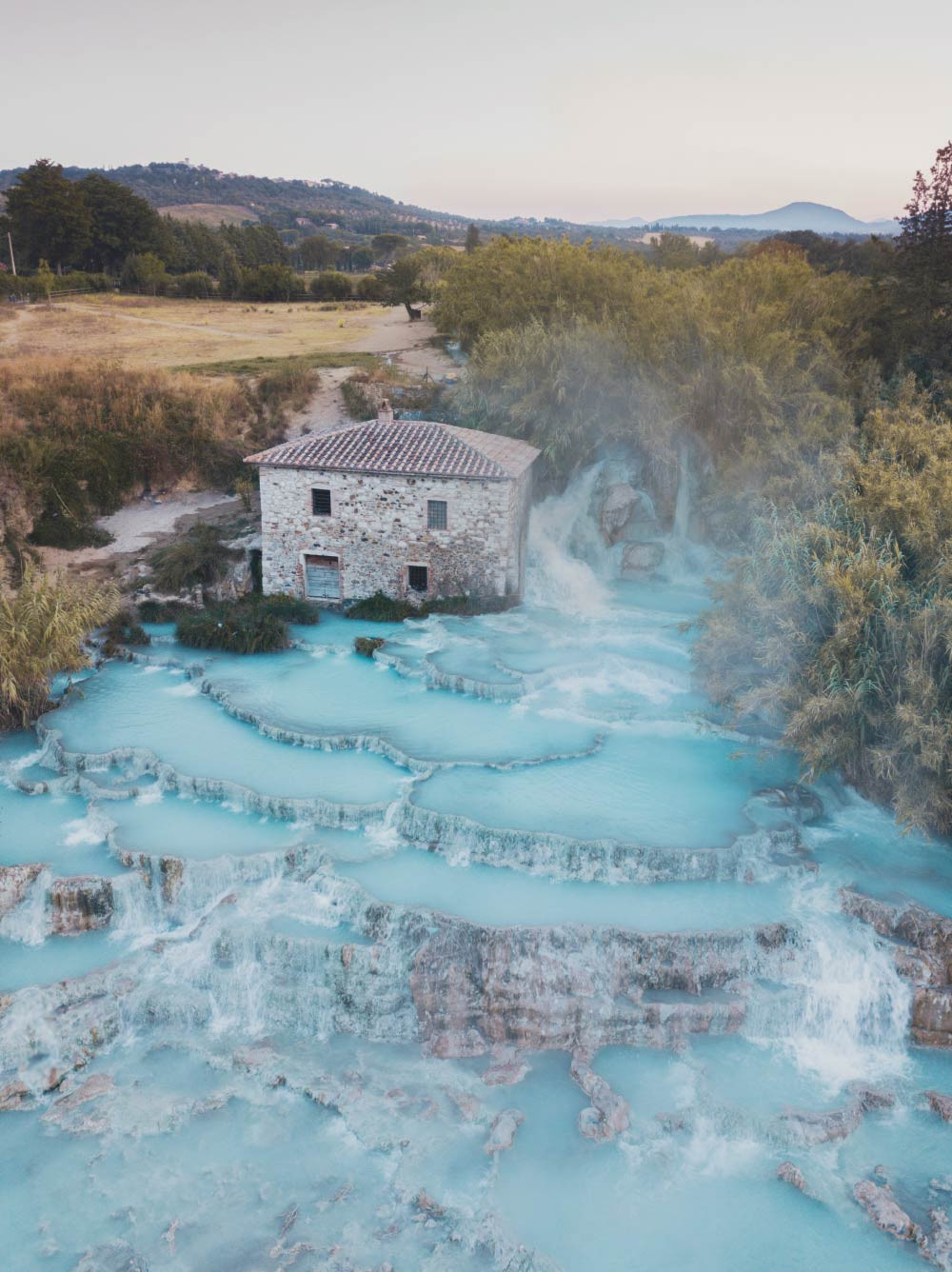 The Saturnia Spa is a group of springs located in the town of Manciano, just a few kilometers from the village of Saturnia, in respect of which are located in the valley below the south-east. The thermal springs that feed the baths affect a vast territory stretching from Mount Amiata to the Fiora and Albegna Hills, reaching the Maremma and Talamone.

Are by the sea, near the fortress of Talamone and the Argentario cove. The Tuscan archipelago (Giglio Island, Montecristo, Pianosa, Elba) and Ansedonia are all easy to reach from here; in Ansedonia there is evidence of the remains of the city of Cosa, an ancient Roman settlement.

Are near the borders with the province of Siena and were built in 1404. They are the only remains of fortified baths and the Walls and Towers of the Republic of Siena can still be seen nowadays. The new baths are surrounded by the wonderful Valle del Farma, a young natural reserve between the provinces of Siena and Grosseto.

The ideal accommodation for Your trip to Tuscany

Come and discover the rooms and the Terenzi apartment, embellished by a swimming pool in the green of the Maremma: a 360 ° experience between wine, nature and historic villages.