One of the main features of the Maremma territory are the Wildlife Reserves: Burano, Diccia Botrona and the magnificent Parco Naturale dell’Uccellina. Wild and rough hills descending to the sea with sandy and uncontaminated beaches and distinctive cliffs, surrounded by marshes, pine woods, cultivated fields and pastures. 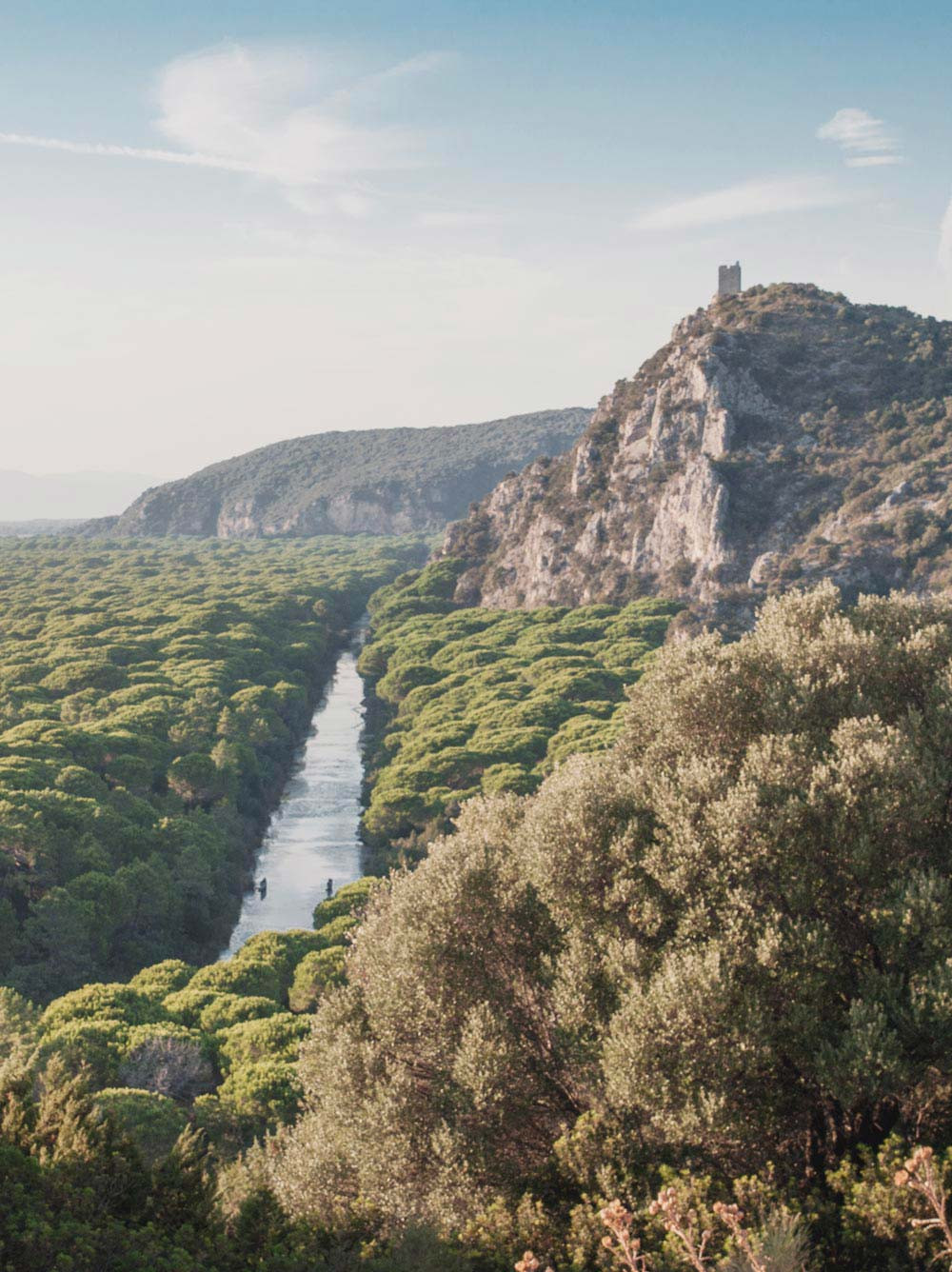 The territory of the Reserve stretches along the coast of the Tyrrheanian Sea from Principina a Mare to Alberese and to Talamone and its borders on the east side are defined by the railway line Rome – Livorno.

Once you enter the Reserve, both in Talamone or in Alberese you will be immediately transported into a completely different world, almost unreal, yet just two steps away from the comforts of the modern world.

Starting from the mouths of the river Ombrone, where Butteri (the cowboys of Maremma) can be found, it is possible to go to the inland and meet buck and doe deer, wild boars, badgers and foxes as well as wild cattle producing high quality milk and meat. Many birds also chose this territory as their home, while migrants stop here to rest and feed during their journeys. Flora is also rich, with Mediterranean fan palms, sand bushes and pines that either grow spontaneously or are implanted to protect the environment from marshes and landslides.

Major ancient buildings, like the beautiful abbey of San Rabano and the Uccellina tower, should not be forgotten in the entire territory of Maremma, from Fonteblanda to Talamone and Alberese.

The ideal accommodation for Your trip to Tuscany

Come and discover the rooms and the Terenzi apartment, embellished by a swimming pool in the green of the Maremma: a 360 ° experience between wine, nature and historic villages.